St. Patrick Catholic Church was established as a mission of Christ the King Parish in 1950 for Catholics living south of ElPrado Blvd. On December 3, 1955, the first Mass was offered at the James Madison Junior High School Auditorium. Fund raising for our new church was conducted through Christ the King Parish.

Our first Pastor, Fr. David Cronin, was appointed Nov 28, 1958. On Sept 15, 1959, Fr. John Scully was appointed Pastor. In June 1960 Fr. Scully was named a Papal Chamberlain; with the title of Very Reverend Monsignor. This was an honor to him and to our newly established parish.

During this time many programs were established for the parishioners and St. Patrick Catholic School was constructed. Catechism classes were also held for those children who could not attend parochial school. St. Patrick parish also worked in the area of assisting the Cuban refugees in resettlement.  Mrs. Yolanda Parise was the first bulletin editor and held this position from 1960-1961. The bulletin was a one sheet issue and was done from her home. The first parish Carnival began in 1964, and that tradition continues. 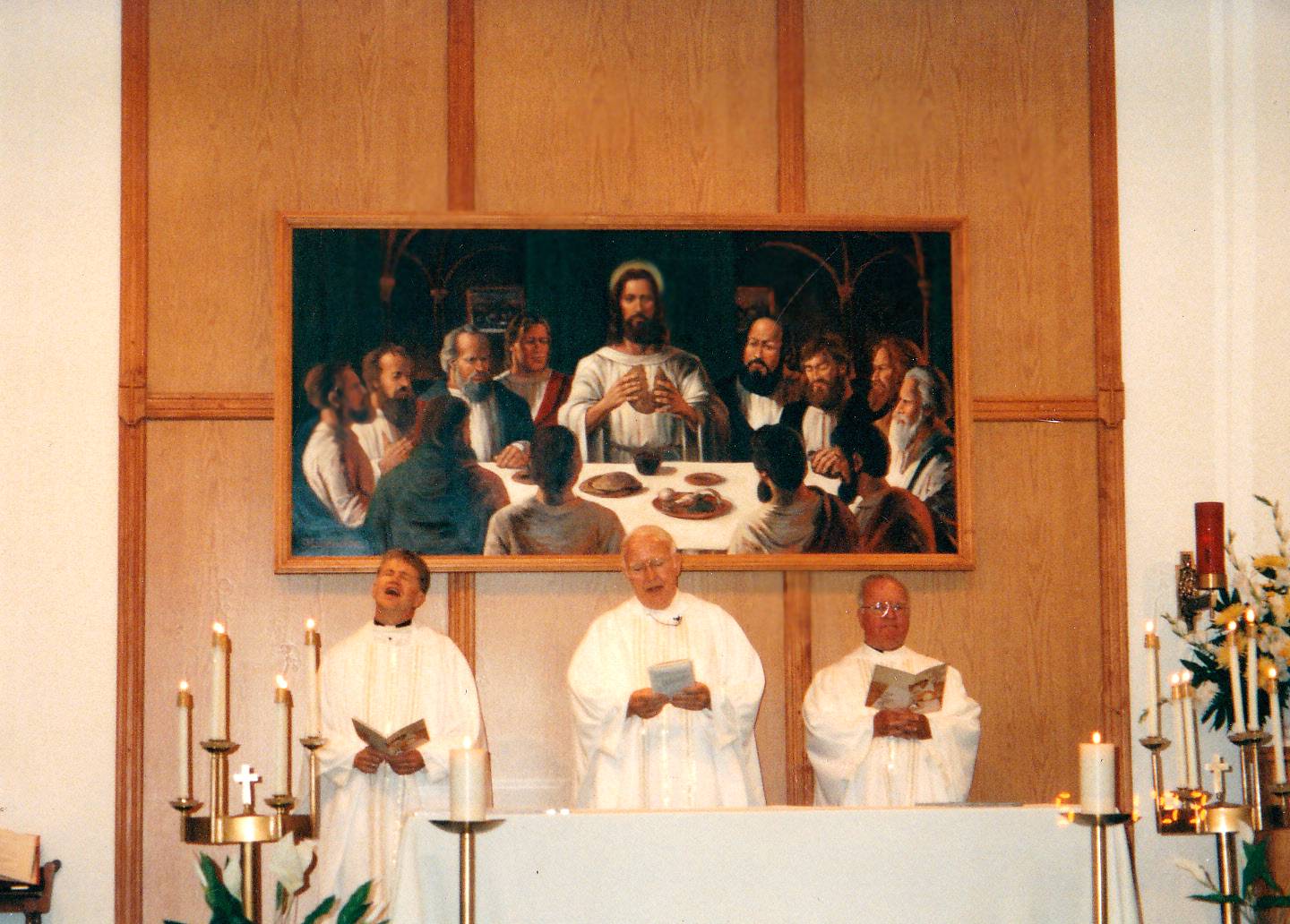 After 10 years as our Pastor, Msgr. Scully was appointed Pastor of St. Jude’s Cathedral and he was replaced by Msgr. John P. McNulty. Msgr. McNulty worked for the strengthening of parish organizations and was quickly recognized as a beloved pastor of his flock. In 1970, Msgr. McNulty established the first Parish Council. Also during this time, modifications were made to the church: the walls were painted, antiqued wood paneling was added to the sanctuary and sacristy, and colored statues were added. In the glow of the sanctuary lights, the church took on the appearance of a small cathedral of the world.
In Sept 1972, Msgr. McNulty was reassigned as Director of the Right to Life Movement for the Diocese and his replacement was Fr. Thomas Earner. Under Fr. Earner, many physical changes happened in the church and on the church grounds.

In 1974, a major improvement to the social hall was begun with the addition to that building. That same year the Women’s Guild celebrated their 15th Anniversary of outstanding service to St. Patrick.
In June 1979, Fr. Martin Obert, was named Administrator of the Parish and later was appointed Pastor in Oct. 1980. He stated his one objective would be to see that St. Patrick would grow as a parish family. In 1986 after a series of family tragedies, Fr. Martin took a leave of absence as pastor and Fr. Greg Andrews was named temporary pastor. A short time later Fr. Venard J Moffitt, T.O.R. was assigned as associate pastor. When Fr. Greg left in Jan 1987, Fr. Venard was made Priest-in-Charge and in May of that year was named Pastor. The parish was then entrusted to the Franciscan Friars of the Third Order Regular. Fr. Tom Scanlon, T.O.R. was named Associate Pastor.

St. Patrick’s progress has been great over the years. Even though we have been faced with many economic problems, our growth continued to be steady. Under the loving care of Fr. Angelus and with the help of many parishioners, our parish prospered. We became debt free, spiritually rich and our parish community continued to grow with many younger families moving into our area.

In 2018 Fr. Jim was reassigned to another parish in the province and Fr. Salvator Stefula, T.O.R. was installed as Pastor on December  9th. St. Patrick Catholic Church celebrated its 60th Anniversary in 2018. In 2020 Fr. Alberto Bueno, T.O.R. joined Fr. Sal to serve as Parocial Vicar. Our parish community continues to grow with new celebrations and community gatherings to reach out to our surrounding community. We look forward to the many blessings God has in store for us ahead. 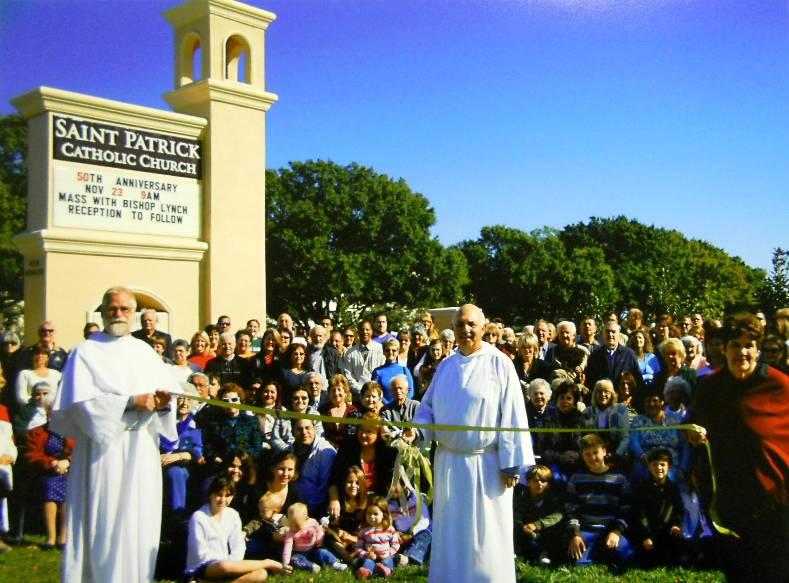